Speak Softly And Carry A Big Stick – Dragon vs Tiger 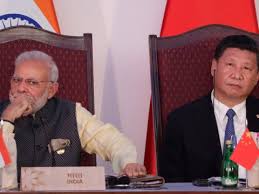 ‘Speak softly and carry a big stick‘ is a good dictum to follow in international relations. In the much discussed Doklam standoff with China, official India has kept admirably to speaking softly. On the matter of keeping a big stick, India as usual is a long distance away. The reasons for that is multifarious, from the very structure of our body politic, to personalities, to red tape, PSU oligarchies, Civil – Military divide etc. Copious amount of material is available on the same and numerous committees and studies have produced varying sizes of tomes on the matter. Most have been cherrypicked by the bureaucracy to implement some of the proposals which they found suitable, with national security being the last of priorities.

The Indian nation has been lucky that it’s open adversary was till date Pakistan who was never a serious national security threat, with a population, area and economy much smaller than ours. The only major jolt India received was in 62 when the Chinese taught us a lesson that shook up our fairy tale construct of the world which was largely the first PM, Mr Nehru’s contribution to our foreign policy. The Chinese withdrew having achieved their limited aims leaving a shattered and bruised nation. The Indian nation exorcised the ghosts of 62 by a magnificent and decisive military victory in 71 which lead to the creation of Bangladesh and was also successful in much smaller border skirmishes in 67 and 87 with China. The political events post the assassination of prime ministers Indira and Rajiv Gandhi and a series of other events like the Punjab, Assam and J&K insurgencies, the economic liberalisation, coalition politics etc kept the Indian State occupied in it’s internal affairs. The establishment was confident that the external threats were mostly taken care post the nuclear tests during the NDA 1 regime. The short Kargil war served a welcome wake up call, but the Indian establishment after the initial flurry of activity that included a ‘Kargil Review Committee Report’ went into its default state of blissful somnolence.

The Naresh Chandra Committee report a full 13 years after the Kargil war gave a damning indictment on the state of affairs of national security. The major points included:-

All these comments in any other country would have led to a national uproar, but in India these lead to just a flurry of usual commentaries and write ups by defence experts. The chickens of these inactions are finally coming home to roost, with India finally at open strategic loggerheads with China on OBOR. The Doklam standoff is a symptom of the same. What is now needed is action on a war footing to not only build infrastructure but to get the shackles on the Indian economy truly off. Whether these will be facilitated by economists trained by the World Bank or consultancy by the big four can be easily understood by reading a book called ‘The New Confessions of an Economic Hitman’ by John Perkins. In fact the book is recommended reading for both the leadership of Sri Lanka and Pakistan as well, who will find eerie parallels in what the USA did some decades back to what the Chinese are attempting today in Hambantota and the CPEC.

That the Indian army is definitely much better prepared than 1962 is without doubt. The Himalayas still remain a formidable barrier, that will not be easily breached to support an advance logistically during the winter months gives some measure of comfort. For the strategic community of India and its armed forces, what has changed from the PLA of 1962 to todays PLA is, other than the rapid modernisation supported by a defence budget 3 times India’s and an economy 5 times our GDP, are the large number of Chinese installations in the Indian hinterland that are virtually fifth columnists waiting to be tapped. These are mostly the large amount of ICT equipment of two Chinese companies ZTE and Huawei. Our communication backbones and critical infrastructure are today dependent on the appliances manufactured by these companies and in case of escalation of tensions, the Chinese can cause major disruptions of our economy by weaponising these appliances. Why these were allowed to take place is a tale of short sighted avarice and the lack of a strategic culture in our national defence edifice. There were numerous warnings in allowing these companies to participate in building our communication back bone, but these were ignored. The nation will pay a very heavy price for this criminal oversight, even the defence communication networks that use our ICT back bones can be disrupted.

War might still not happen and the leadership of both countries will steer the nations to a peaceful rise is what all right thinking citizens hope for. Having said that, it is also necessary to question those of our establishment who are hoping that all these warnings by the Chinese are mere psychological operations and posturing by the Chinese PLA and our diplomacy will ensure that things do not spiral out of control. I would like to pose this question ‘Can a nation and its defence be planned on hope ?’The limitations of diplomacy sans the military and economic heft to back it up is a bluff easily called was a lesson the Indian nation should have learnt decisively post 1962. ‘Those who cannot remember the past are condemned to repeat it’ , the major observations of the ‘Kargil Review Committee Report’ and the ‘Naresh Chandra Committee Report’ are as on date unresolved and do not give much comfort to the writer on the state of the Indian defence edifice. That the civilian establishment runs the MOD without a strategy and playing one service against the other is well known. The total lack of trust and animosity against the civilian establishment by the military is openly seen in all social media forums of service officers. The same lack of trust and respect between the junior officers and the senior leadership of the Armed Forces are also increasingly highlighted with junior officers approaching the courts for succour ! something unthinkable just a decade back. That the popular press lay a lot of emphasis on relative strengths of force levels and comparisons of armaments speak of the amateurish knowledge levels of what makes a military win. To give a lay reader an understanding I am pasting the force levels of a very famous and decisive battle in Indian history; the Battle of Plassey where a certain gentleman called Robert Clive with a much smaller force defeated Siraj ud-Daulah and his French allies and laid the foundation of the British Empire. The defence edifice of the nation bears an eerie similarity to the Mughal empire of those times, outdated and out of sync with the realities of the Information Age.