Imagination is a funny thing, it triggers thought processes over which one has limited control. There are beautiful and inspirational dreams and there are horrific nightmares. For the security practitioner, the nightmares are what keeps him inspired and primed to prepare for any eventuality. Now the article below where the cops contacted BMW Corporate and ‘Using remote locking technology, BMW employees locked a sleeping thief inside of a stolen car until police officers arrived. The German car maker shared the suspect’s location with officers, who found the car in an alley, still running, with the man asleep in the driver’s seat.’ Such stories usually warms the average citizens cockles of the heart and potential thieves with dread, but for the Info Warrior and security professional such stories should give him the cold sweat. What flashed in my mind is another news item highlighted in red,Prime Minister Narendra Modi, travels in a BMW 7-Series 760Li Security Edition. Since 2003, the prime minister of India has used versions of this super-fortified car that can withstand attacks from blunt objects, handguns and AK-47s.

Can our PM be locked in by BMW ? or can the car be remotely taken over ? Can an assassination be carried out remotely ? Can this technology pinpoint the PM’s location and can it be taken out by a cruise missile launched from a submarine in the Bay of Bengal ? After Snowden the people of the free world will pardon me for asking, ‘ Is there some secret law or treaty that binds the West into selling only back doored transport to Heads of State/ Govts. I mean it would be the logical thing to do right ? Even if it is not back doored right now, can a firm ware update do it ?

I am sure our SPG is a professional bunch of guys, but are they ? Another news feed flashes into mind of the PMO’s computers being on Windows 7/8. Computers are not SPG mandate right ? Another news feed about President Obama being issued with a custom Blackberry by the Secret Service. Blackberry is a trusted Western brand right ? What has a smart phone to do with security ? We are Indians, we will turn the other cheek.. In a poor country like ours.. why have nukes — InfoWar Nightmares..

By Stacy Liberatore For Dailymail.com

The German car maker shared the suspect’s location with officers, who found the car in an alley, still running, with the man asleep in the driver’s seat.

BMW has a service that allows call center staff to ‘remotely lock or open the doors to your vehicle as needed,’ through the SIM card-based ConnectedDrive system.

Scroll down for video 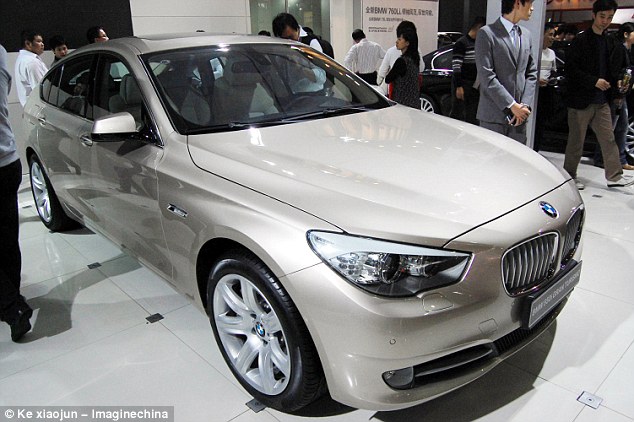 BMW employees helped police make an arrest when a car was reported stolen during the early hours of Nov. 30 in Seattle. Authorities say an alleged thief took a BMW 550i (pictured is not the actual BMW stolen) for a ride after finding it was unlocked and the key fob inside

BMW offers a service that lets call center staff to ‘remotely lock or open the doors to your vehicle as needed,’ through the SIM card-based ConnectedDrive system.

BMW ConnectedDrive gives car owners a range of services and apps that provide them information and entertain them while driving.

The vehicle’s location can also be indicated by honking the horn or flashing the lights, or on a map in the BMW Connected App.

They can locate their car by honking the horn or flashing the lights or on a map in the app.

BMW’s optional in-car OS also lets owners to remotely access air conditioning and heating controls, honk the car’s horn, or, crucially in this case, lock or unlock the doors via a mobile app.

Authorities say the 38-year-old man took a BMW 550i for a ride after finding it was unlocked and the key fob inside during the early hours on November 30 in Seattle.

According to the Seattle Police Department (SPD)Blotter, the perpetrator and a group of friends were scouring the 4300 block on 8th Avenue Northeast looking for unlocked vehicles.

The 38-year-old suspect, whose name has not yet been released, came across the unlocked BMW 550i in a parking garage and spotted the keys laying out in plain sight.

Jonah Spangenthal-Lee, the creator of SPD Blotter, shared that the owner of the car was married a day earlier and loaned the vehicle to a friend, who accidentally left the key fob inside.

The owner discovered the BMW was missing before 5 AM and called 911.

‘Officers contacted BMW corporate, which was able to track the vehicle to the 2100 block of NE 63rd Street,’ wrote Spangenthal-Lee.’

‘When officers pulled up on the block around 5:45 AM, they found the BMW parked in an alley, still running, with a man asleep in the driver’s seat.’

Is RBI responsible for creation of Black Money and inflation due to high M0?

Fallacy Of The Cyber Commons

Fallacy Of The Cyber Commons